Can't see this email properly?
Display it in your browser 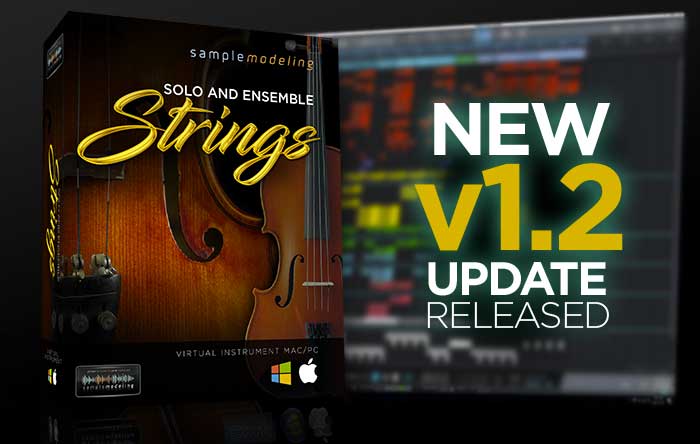 The much anticipated new version 1.2 for SM Solo & Ensemble Strings is out!

Dear Samplemodeling Friends,
we are very happy to announce that a new version of Samplemodeling Solo & Ensemble Strings is now available as a new product or as a free update for previous customers. This 1.2 update brings several enhancements that we believe you will enjoy. We would like to thank our end users for their valuable feedback that also played a part in this update. To download this version, just follow the steps described below.

All the best,
Giorgio & Peter.

To purchase, please click on the BUY link of the product page.

(The best way to get your personal serial number/license key is to copy it directly from your Native Instruments account, after log in. You can also view the serial number in your Native Access application; go to "Installed products", and click on the product ("Solo & Ensemble Strings"). The serial number will be shown in the tab "Product Description". The serial number can be also be found in the email you received from our shop right after the purchase.)

The download of the Strings Update is a "dummy purchase" of the product file for 0 EUR. To accomplish that, please follow the steps below.

The link to the product file will be sent to your email address. It's valid 2 months. Please save the downloaded content for future use. Please note that ShareIt/MyCommerce - our shop provider - does not offer any unlimited hosting of the purchased files for free.

What was new in Samplemodeling Solo & Ensemble Strings Update v1.1?

All the best,
Giorgio & Peter